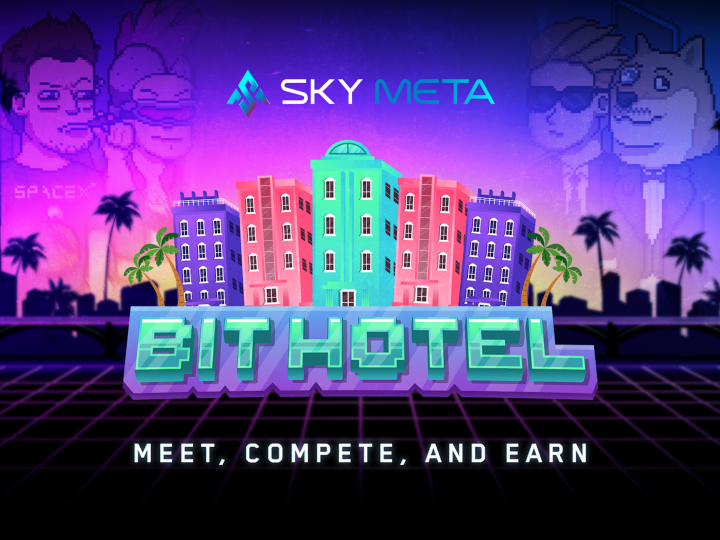 Bit Hotel is a revolutionary game with a unique concept that is garnering attention from gamers, investors, and entrepreneurs. It is a game that is still in its early stages but holds a lot of promise in the coming years. Bit Hotel is an upcoming game that is set to challenge the metaverse scene in a few years’ time. Despite the whole crypto environment not having a particularly great start to the year, the Bit Hotel team has been working hard and their 2022 Q1 has shown some huge progress. In just the first quarter of this year, Bit Hotel launched their hotel and marketplace on their website, made their first CEX listing, made IROs on several platforms, launched their staking, and revealed their season 2 characters (check them out, they look fabulous!!!). Even though they have an ambitious long-term vision, the Beta is actually opening over at bithotel.io/#/beta.

The game takes place inside their majestic and grand hotel. Players get to interact and play with each other inside a room or in the lobby. As this is a social game, you may invite your friends to have some fun and can also meet other strangers to compete with in mini-games and, eventually, be friends with in the future. The game has an in-game currency called Bit Hotel Coin ($BTH), which players can use to buy NFTs and participate in governance. Inside their majestic hotel, players can buy rooms from the marketplace and decorate them to their own liking, which is not for aesthetic reasons only. The furniture actually has a range of utilities as well for gameplay and competition. Rooms are also where players can show off their most prized artifacts and decorations. Frankly, you do you and unleash your inner interior designer!

Bit Hotel has a lot of NFTs to offer and upon opening up its marketplace to the public, I’m sure you will want to know all about them!

In Bit Hotel, characters are referred to as ‘Guests’. The guests are NFTs themselves and are vital characters in this game. Guests are what players will use to interact and socialize with other players. The guests have their very own character and personality based on their appearance. Each Guest has a limited number of replicas that are based on their rarity. As expected, the rarest ones have the most limited quantities. There are six rarities of Bit Hotel guests. They are differentiated by the number of NFTs minted and the attractiveness of the in-game perks.

Despite the different tiers of rarity between the characters, it won’t give the players any competitive advantage over the game. The perks that each rarity will earn are only an incentive to those players who have invested more in the game. Ultimately, the game promotes a level playing ground for everyone regardless of what NFT they own.

The rooms on each floor have different sizes which also dictate their price and their rarity. The bigger the room, the more grand and expensive it is. There are a lot of rooms players and investors can choose from and each floor has a variety of rooms available. The rarity of the rooms is very similar to the rarity type of the Guests, ranging from Common to Epic. Players will be able to use their rooms to host events and competitions.

The rooms are where players can chat and interact with each other apart from the common areas. These are fully customizable and can be decorated by the owner of the room. If you want to take Bit Hotel to the next level and want to take it seriously, buying a room is definitely the way to go! Find their awesome room overview here: bithotel.io/#/buy-rooms. Rooms also give players a staking multiplier!

Adding furniture to your room is a nice way of decorating it and adding value to it. When you invite your friends over to your room, the furniture you put in your room will surely impress them!

Apart from interacting with your friends, owning a penthouse, and showing off your NFTs, there are features in Bit Hotel that will keep players and investors hooked.

MINI-GAMES, CHALLENGES, AND THE LEADERBOARD

A player can enjoy and earn in-game items and $BTH when they participate in Mini-Games and Challenges. In-game items have different levels of scarcity and are freely tradeable in the game. Additionally, Bit Hotel will have a scoreboard for different types of tournaments, showing the top 20 players of different mini-games. The top 5 will be rewarded with a rare NFT. Not only is there a chance to earn items that can be sold, but it also offers a competitive aspect that will attract a lot of gamers. Players can participate in mini-games where they will earn tickets depending on how well they do. Tickets can be used to buy NFTs from the in-game NFT store, and these NFTs can then be sold on the marketplace. Tickets earned will also be able to be converted into tokens, which will be used to craft.

Staking is also possible in this game since players can stake their in-game tokens in in-game assets. For example, a player can invest in a bar by staking their tokens and these players will be rewarded.

Like other blockchain games’ breeding features, having relationships inside the game can be something for players to think about because along with it is a lot of perks and will provide unique rewards to players.

Apart from gamers, avid entrepreneurs can also join in the fun inside Bit Hotel because next to the residential floors of the hotel, they can set out on several business ventures. They can open a bar, a restaurant, or something larger.

If you’re someone who acquired a room or a floor, you will have exclusive access to the Bit Hotel launchpad. Bit-Hotel is the very first game to have an in-game launchpad looking to help projects launch.

Before the launch of the game, a new set of NFTs will be launched every month. This is a great time to buy NFTs if you’re bullish on this project. Additionally, the characters here are playable, the rooms are interactable, and the furniture is placeable.

Bit Hotel is a game that makes the words “fun” and “business” fit together. It is a world where both gamers and investors can participate while enjoying and socializing with the communities present in the game. It is a revolutionary game that has a lot of potential ahead of it. Everyone should stay updated on the coming developments upon release of the game.