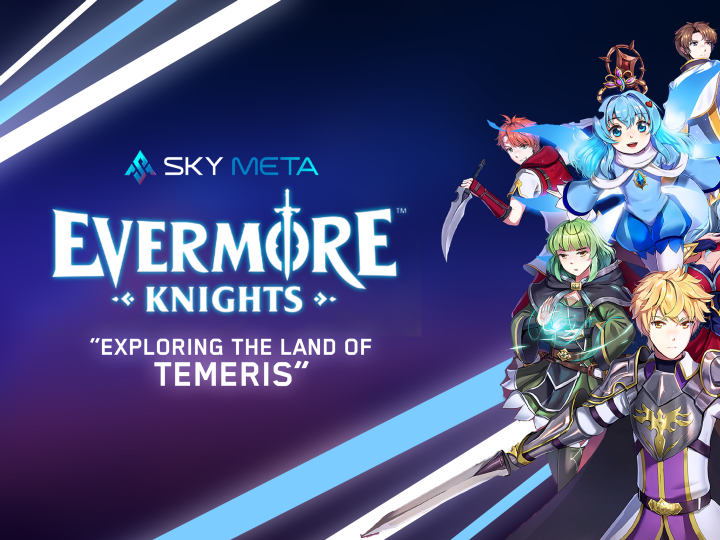 The game is set in the land of Evermore. The player will be playing the role of the commissioner where the player will be tasked to ‘commission’ fighters to challenge ‘the dread’, a mysterious evil force that torments the land of Evermore. Fighters encounter different monsters when they clear dungeons, in return, they will be rewarded with Evergems, the in-game currency of the game which can, later on, be converted into real-life assets.

Fighters: The Protectors of Temeris

Fighters have six attributes. These attributes determine how strong the fighters will be. They are Health for survivability, Mana for skills, Strength for physical attackers, Intelligence for magic users and healers, Speed for dodging and evasion, and Luck for critical chances. If players think that their fighters are still not strong enough to clear harder dungeons, they can always upgrade their fighters using Evergems.

As fighters are also NFTs, each of them is unique. The fighter’s skin tone, facial structure, hair color, and eye color are all randomized. There are varieties of body templates for both genders. A total of 50 hairstyles and 50 faces are available for both genders, providing more than enough combinations.

Like other NFT games, Evermore Knights also has the feature of combining existing fighters to create a stronger fighter. Each fighter can only be combined a maximum of three times. Every time a fighter is created through combination, the fighter will gain one extra star rating. Should a fighter be equipped with three stars, the player can always upgrade the fighter to reach the maximum five stars. The more stars the fighter has, the stronger and more desirable it is.

Weapons: The Arsenal of Fighters

Like fighters, the parts of the weapons are also randomized. Swords have pommels, grips, and blades, Staffs have a base, long grip, and an actuator, and Shields have shapes, symbols, and padding. All of the parts mentioned have 20 different styles which can be mixed and matched to produce a large number of weapons.

Weapons can also be combined to create a stronger weapon, however, players can choose to retain or select their preferred base type.

Equipment Pieces are earned whenever players go through dungeons. Equipment pieces have the same attributes as fighters and weapons, which are Health, Mana, Strength, Intelligence, Speed, and Luck. Equipment Pieces can also be sold for cryptocurrencies and be turned into real-life assets. Some equipment is extremely rare and has higher base stats than others. As expected, rare equipment will have more value.

Skill cards are rare and are only dropped by challenging boss monsters. Skill cards can be really valuable as it is extremely hard to find.

Dungeon Crawling is the main content of the game. Players will have four fighters to eliminate the monsters in the dungeon. Players are rewarded every time a dungeon is cleared. There are only a limited number of times a dungeon can be cleared in a day. This is to prevent massive exploitation of assets. However, once a player fails to clear a dungeon, the player can no longer re-enter the dungeon.

There’s a demo on their website should you wish to try it out!

To determine the best player in the game, players are given the chance to battle other players 5 times a day. Players are only given 5 times a day to prove that they are worthy of more rewards. There will also be a leaderboard to determine who among the players has the most wins.

If you’re someone who wants to be involved in the game but doesn’t really want to play it, Evermore Knights give you the option to let others play your characters. In return, these players will get a portion of the daily option.

Zenny is an in-game currency that is used to level up characters and mundane purchases in the game.

The Evergem is another in-game currency that is used to do auctions and can be converted to real-life assets.