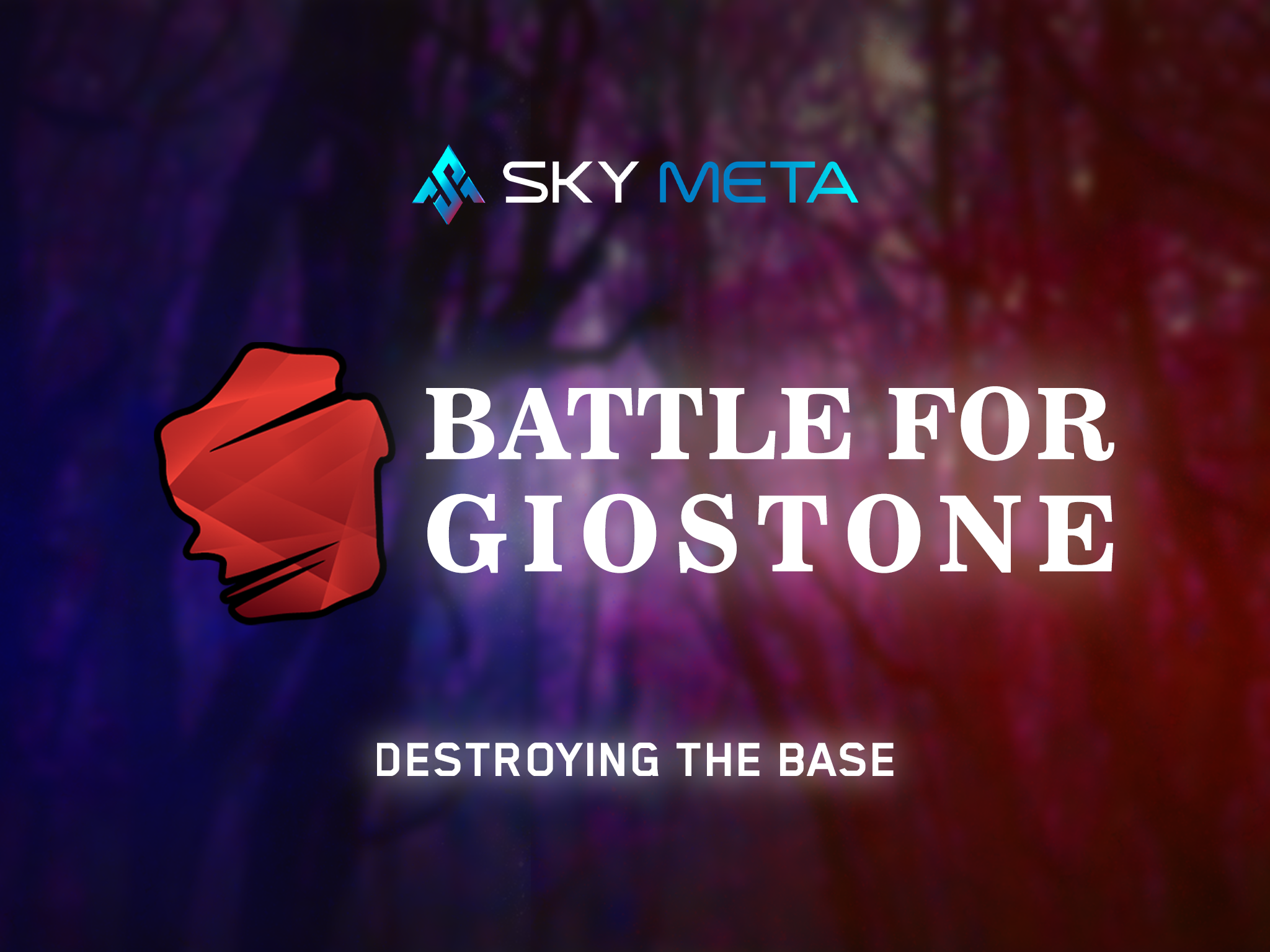 MOBA games are one of the most competitive and sought-after games that a lot of people love to play. Games like DOTA, League of Legends, and Mobile Legends Bang Bang are one of the most famous MOBA games out there. You really can’t blame the people for how much they love these types of games. It requires strategy and skill to win a match. Not to mention, the friendships and bonds these games have formed in the gaming community.

Battle For Giostone is a game that wishes to bring that competitive experience to the Web 3 space. Like the games mentioned earlier, BFG is a gaming universe filled with unique characters and heroes and will allow players to truly show their skills via their gameplay. BFG will allow players in the web 3 space the competitive and fun gameplay of the MOBA genre while earning rewards in their ecosystem.

Battle for Giostone is a Multiplayer Online Battle Arena where 5 players from each team (The Deccan vs The Glacic) will clash to destroy the enemy’s base. Each team must also try its best to defend its base and come up with strategies and plays to break down the tower’s defenses prior to destroying the main base.

Players will control one hero with a unique set of abilities. There are a total of 72 abilities in the game and each player will have 4. One of the four abilities will be a unique ability that will be represented by an equipment type (hands, legs, head, body). The abilities (depending on what they are) can be assigned to the first slot, second slot, passive slot, or ultimate slot. Every ability belongs in separate hero classes. The hero classes could be one of six: Melee Warrior, Ranged Warrior, Melee Assassin, Ranged Assassin, Melee Wizard, or Ranged Wizard. Additionally, the ability type could either be Common, Rare, or Legendary.

When picking a hero class, players must take into consideration their play style and their strategy. Each hero has different abilities and different base stats, namely, Strength, Agility, and Intelligence. BFGiostone is a game played as a team and will require coordination from team members.

To destroy the enemy’s base, teams must be able to collect the stones defended by the Dragon Gio. Each stone has certain abilities that when combined is called the Giostone. The dragon Gio will spawn three times in the game at a random time. If a player kills the Dragon Gio, the player will receive a power-up from the stone, this is like a buff that will give that player an advantage. However, there is a plot twist. When that player gets killed, another player could take the power up by walking over the dropped stone.

Destroying the base is the ultimate goal to win the game. But, prior to the main base, there will be three towers from each lane that teams must also destroy to reach the base. Do take note that these towers have their own defense mechanisms too.

Battling other players and Teaming up isn’t the only way one can enjoy the universe of BFGiostone, there is also a story mode in the game. By playing the story mode of the game, players will encounter different creatures that will drop material for the Production Machine. These materials will allow you to produce new Hero NFTs.

Battle For Giostone is without a doubt a fun and competitive game that players could truly enjoy. Battle For Giostone is a player-driven game and a 100% player-owned, which is why E-Sports is a crucial part of the game economy. The founders of the game strongly believe that the competitive players of their community are the core component of the game. Developing a game that is highly suitable for such players and E-Sports events is one of the main selling points of BFGiostone and will be the key factor for their future growth.

Once a player reaches a certain level playing story mode, the player will be able to forge heroes and possibly sell them in the marketplace. For the player to forge a new hero, one must select a hero class and desired abilities. If let’s say, you want the combination of Melee warrior and the ability Downburst. To have a higher chance of getting your desired hero class and ability combination, you must select your desired ability at a higher percentage. Do note that the higher the percentage, the higher the cost of the forge. The degree of randomness associated with each forge will create demand for the for the GST token.

There are two Token in the game: GST and BFG.

The GST token is the utility token within the game. The token is a non-blockchain token that players can collect when winning battles. It can be used to Forge new heroes and obtain certain cosmetics from the in-game shop. The GST token can be converted into the BFG token to have real-world value.

BFG is the governance token of the game based on the ERC-20 platform. As expected, holders of these tokens will be able to vote and participate in the game’s economy and earn rewards.

Battle For Giostone is a game that could make a huge impact in web 3 gaming. The game is the Web 3 version of one of the most addicting game genres ever. A lot of players will love the game after getting a taste of the gameplay. Focusing on building and growing their community will be a huge factor in making this game successful. Battle For Giostone is surely a must-try game and could possibly introduce E-Sports gaming in the web 3 space.